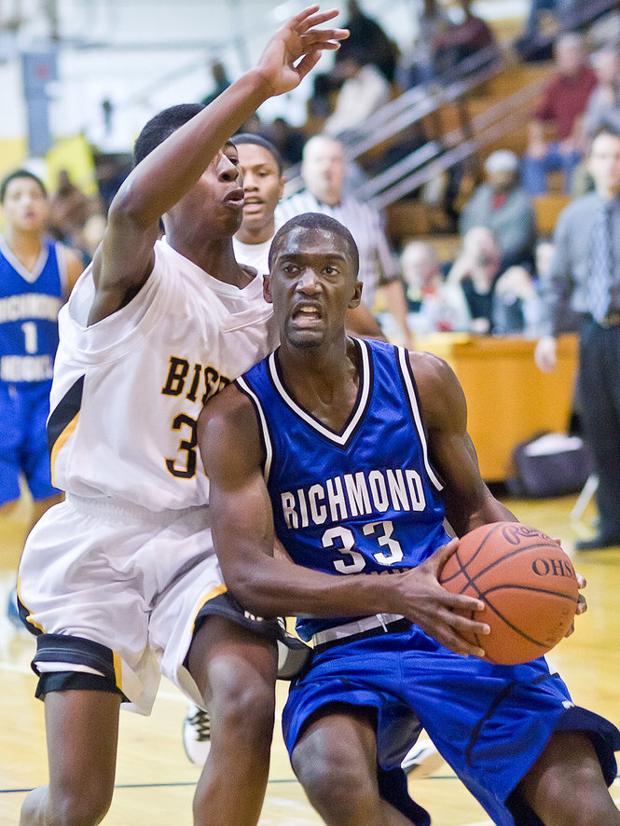 What's the difference between memoirs and personal narratives

Chicago Realtime Weather Robb Ellis is tracking a storm potential that could affect your Monday afternoon. Four Wounded, One Killed In Wicker Park Mass Shooting After months of what business owners called unruly behavior in the area, a man was killed and four others wounded in a mass shooting along a bustling stretch of Wicker Park early Sunday, police said. CBS 2's Steven Graves reports. Chicago News. Chicago School Closings. Full Terms and Conditions apply to all Subscriptions. Or, if you are already a subscriber Sign in. Other options. Close drawer menu Financial Times International Edition. Search the FT Search. World Show more World. US Show more US.

Companies Show more Companies. Markets Show more Markets. My mama , mother, staying home from work to care for my cold, then feeling no resentment when she contracted it herself. I picture that arcane emotion imprinted in tacit smiles and hidden tears—shining from chests and unabashed pride. Knowing that I could possibly have shared with my grandmother an implicit love that neither of us chose to address vocally, I could loosen my selfish grip on her past and allow her to ascend into her future. A core strength of the essay is the way it demonstrates personal growth. It shows Janice starting at a place of guilt for only professing her love to her grandmother once, and ends with her coming to terms with the ways that love is expressed differently in her family.

Through the intimate details that Janice provides about her childhood—such as her mother caring for her when she was sick—the reader gets a genuine sense of who she is and where she comes from. While the essay overall reads smoothly, it could benefit from the simplification of some phrases and sentences. Clarity is more important than ornate language. Finally, the quote in the last paragraph feels unnecessary. Despite these minor weaknesses, Janice does an excellent job of writing an essay that demonstrates her insight, personal growth, and unique voice. The summer after my freshman year, I found myself in an old classroom holding a blue dry erase-marker, realizing what should have been obvious: I had no idea how to be a teacher.

As an active speech and debate competitor, I was chosen as a volunteer instructor for an elementary public speaking camp hosted by my high school. My responsibility was simple: in two weeks, take sixteen fifth graders and turn them into confident, persuasive speakers. I walked into class the first morning, enthusiastically looking forward to the opportunity to share my knowledge, experiences, and stories. I was hoping for motivated kids, eager to learn, attentive to my every word. Instead, I got Spencer, who thought class was a good time to train his basketball skills by tossing crumpled speeches into the trash can from afar.

When I was younger, I thought that a good teacher was one that gave high-fives after class. Later, of course, I knew it was far more complicated than that. I thought about teachers I admired and their memorable qualities. They were knowledgeable, enthusiastic, and inspiring. Their classes were always fun, and they always taught me something. There was plenty I wanted to teach, from metaphors to logical fallacies. But most importantly, I wanted my students to enjoy public speaking, to love giving speeches as much as I did.

They loved their subject and passed that love on to their students. Every day for two weeks, I searched for creative ways to inspire and teach my students. I helped London speak on her love for art; I had Arnav debate about cell phone policies in schools. And by the end of the camp, I realized that my sixteen students all saw me not as a high school student, but as a teacher. Each day, I was learning how to communicate more effectively, how to deal with new challenges and circumstances, and how to be a better teacher.

I once thought that being an adult meant knowing all the answers. But in reality, adults, even teachers, constantly have more to learn. I made the transition away from being a child during those weeks, but I did not and would not transition away from being a learner. When class ended each afternoon, I would cap my blue dry-erase marker, give high-fives to the students as they walked out the door, and watch as their parents picked them up. And even as their teacher, I learned and had fun too. Instead, he chooses a simple success story, of his experience working with kids at a public speaking camp, that highlights his personal growth.

The story has a complete narrative arc, with a definite beginning, middle, and end. Phillip describes a distinct set of opinions that characterize each phase of his short teaching career, illustrated with colorful descriptions of typical moments for each. There are also certain symmetries between the beginning and end the blue marker, for example that leave the reader with a sense of finality and satisfaction. You have plenty of other places to list your accomplishments! Sponsored by Advanced Ivy Prep : Give yourself an edge. Ivy League Ph. Playing a crudely fashioned bamboo pipe, in the midst of sullen inmates—this is how I envision my grandfather.

Never giving up hope, he played every evening to replace images of bloodshed with memories of loved ones at home. While my grandfather describes the horrors of his experience in a forced labor camp during the Cultural Revolution, I could only grasp at fragments to comprehend the story of his struggle. As a child, visiting China each summer was a time of happiness, but it was also a time of frustration and alienation.

Running up to my grandpa, I racked my brain to recall phrases supposedly ingrained from Saturday morning Chinese classes. Unsatisfied, I would scamper away to find his battered bamboo flute, and this time, with my eyes, silently beg him to play. Although I struggled to communicate clearly through Chinese, in these moments, no words were necessary. I cherished this connection—a relationship built upon flowing melodies rather than broken phrases. After each impromptu concert, he carefully guided my fingers along the smooth, worn body of the flute, clapping after I successfully played my first tentative note. At the time, however, I was unaware of that through sharing music, we created language of emotion, a language that spanned the gulf of cultural differences.

Through these lessons, I discovered an inherent inclination toward music and a drive to understand this universal language of expression. Years later, staring at sheets of music in front of me at the end of a long rehearsal, I saw a jumbled mess of black dots. He directed us to focus solely on the climax of the piece, the Columbine Alma Mater. He urged us to think of home, to think of hope, to think of what it meant to be American, and to fill the measures with these memories.

The night of the concert, in the lyrical harmonies of the climax, I envisioned my grandfather, exhausted after a long day of labor, instilling hope in the hearts of others through his bamboo flute. At home that night, no words were necessary when I played the alma mater for my grandfather through the video call. As I saw him wiping tears, I smiled in relief as I realized through music I could finally express the previously inexpressible. Reminded of warm summer nights, the roles now reversed, I understood the lingual barrier as a blessing in disguise, allowing us to discover our own language.

Music became a bridge, spanning the gulf between my grandfather and me, and it taught me that communication could extend beyond spoken language. Through our relationship, I learned that to understand someone is not only to hear the words that they say, but also to empathize and feel as they do. With this realization, I search for methods of communication not only through spoken interaction, but also through shared experiences, whether they might involve the creation of music, the heat of competition, or simply laughter and joy, to cultivate stronger, more fulfilling relationships.

Through this approach, I strive to become a more empathetic friend, student, and granddaughter as finding a common language has become, for me, a challenge—an invitation—to discover deeper connections. This author showcases a very distinct claim over language. In some places, the poetic language serves to reinforce the topic of the essay: that language is not necessarily the sole way to connect with people. In some parts, though, the florid language encumbers the sentences and makes them somewhat awkward.

In an essay that purports to recognize how incomplete language can be in conveying ideas, using clunky language seems like a betrayal of sorts to the reader. To see a high school student writing understanding from their everyday exploits proves they are capable of deep introspection—a trait that colleges crave in their student bodies. The man was a prodigy. He had performed for American presidents and even the Queen of England, every moment documented with autographed photos hanging in his guest bathroom. Even with a stature of 5 feet and change, his presence towered above me unforgivingly.

A month earlier, the Pasadena Symphony-Pops had commissioned me to create a video featuring its debuting conductor, Michael Feinstein. Now, the five-time Grammy nominee hunkered down on his piano bench, impatiently waiting for my command. With no professional equipment and little preparation beforehand, I had thrown together whatever I could find. A day before, I had taken pliers to bend a coat-hanger into a holder for the purple-cased iPhone 4. I even used a block of Post-Its to prop up a second-hand GoPro for another camera angle. Fumbling about, I felt like a child looking desperately for direction, almost expecting an adult to hand me a checklist—complete with the right questions to ask, directions to give, and instructions to complete. But I was on my own now.

The filming ended, and heavy doors swung shut behind the mansion as I was escorted out. I had blown it. Academic rubrics and guidelines were straightforward—but here, being a straight-A student in the classroom held little value. For the first time, the Feinstein project had given me the opportunity to conduct my own show—but I had arrived without a baton. The real failure was my complete lack of preparation and absence of confident leadership.

But looking back, I realized that Feinstein had given me a valuable gift: expecting more from me than what I expected from myself. Did I want to just be the teenager with a camera phone? The interview with Feinstein was humiliating, but the experience forced me to decide if I wanted to be that director with his own camera crew. I took action.

I had a vision of what I wanted, but I also had no idea how to use these programs to get there—I was just an amateur with no film experience beyond the occasional school project with iMovie. I dove head-first into editing, determined to not let my inexperience stop me. The process was brutal—I spent countless hours reading online manuals to solve frequent problems. But every frustration fueled determination. Over the course of 80 working hours, the video progressed from a barebones slideshow of images to a multi-faceted film with customized titles and transition animations.

The completed production, though far from a masterpiece, gave me a sense of accomplishment knowing that my initial failure propelled me to work beyond my expectations and fulfill my own vision. I was ready. Stepping back one last time to watch the finished video with my Pasadena Symphony-Pops clients, I no longer felt like the lost boy in the Feinstein mansion. And amidst the excitement and congratulations around me, I wished Michael would have been there too—to thank him for helping me set aside the iPhone and coat hanger, take the baton, and conduct my own show.